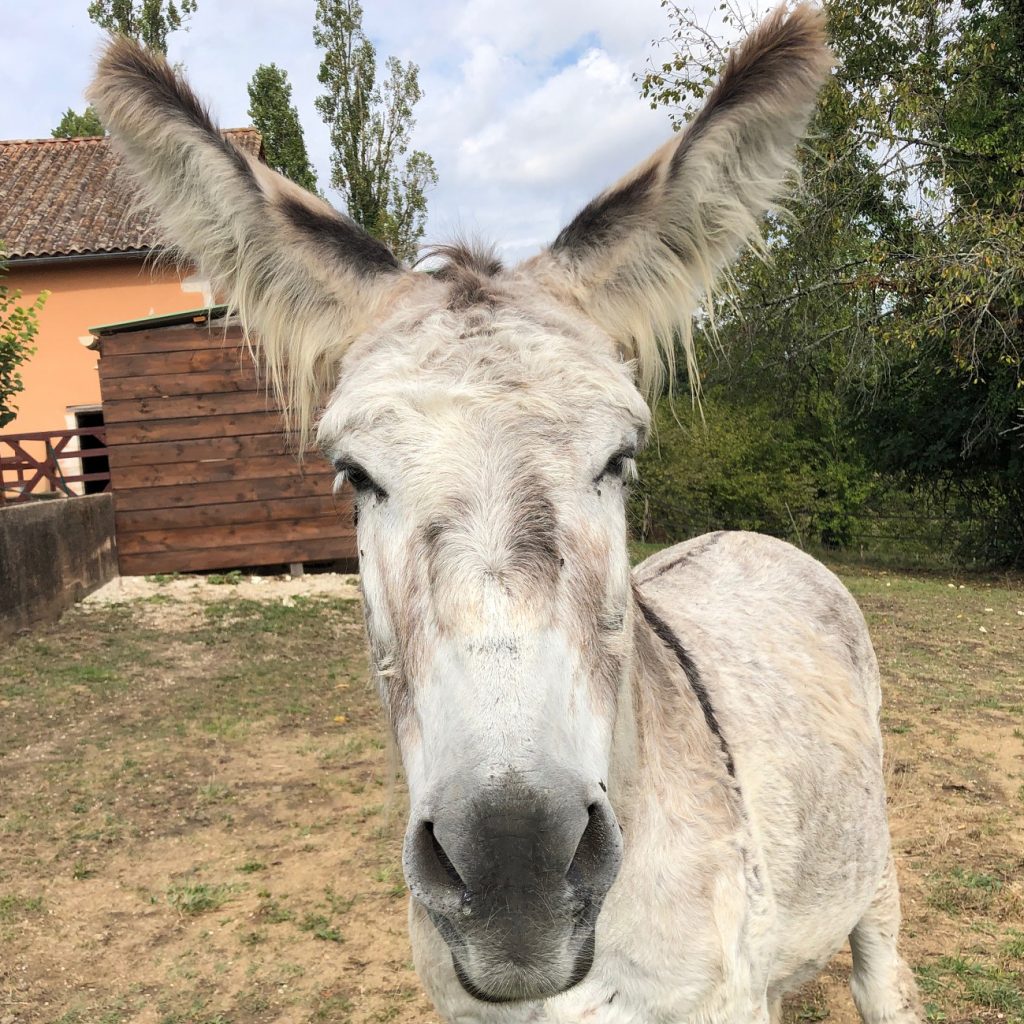 Hello it’s me, Rigalo, you remember, I’ve been here for ever ‘cos Carina rescued me before Heehaws was born.

Most of you know that I originally lived with Hattie and her daughter Wilma, they were a lot older than me,  sadly, Hattie went to the great paddock in the sky two years ago so it was just me and Wilma left. She was an old lady of 33 and somehow managed to dislocate her hip so the lovely ladies here decided she couldn’t be allowed to suffer, so she followed her mummy to heaven.

I was really really upset, I’d been with them both for most of my life and you know us donkeys, we bond very strongly, it felt like I’d lost everything and I was so lonely!

Anyway my lovely slaves, sorry carers, decided that, as Holly now had her baby,  I might like to meet Angel as she and Holly weren’t bonded even though they lived together.

OMG she’s pretty! And she’s not much older than me so we will have many years together. Obviously I never let on that I was pleased, after all a guy can’t be too obvious can he so I pushed her off the hay and made her squeal for a few days to make sure she knew her place. Strange though, the closer we became, the more she stood up to me which, oddly enough, I quite like. We’re a real team now, grooming each other, eating together and lying in the sunshine looking out over the fields together, just like I did with Wilma. Angel says the best news is that ‘cos she’s my girlfriend now, she’s no longer available for rehoming, she’ll stay here with me forever, win win!

Having Angel as my girlfriend

Being brushed by our lovely volunteers

Everyone at Heehaws (she really is such a softy!)

Laying in the sun with me just chillin’

P.S. Angel says that, as I took it upon myself to speak for both of us WITHOUT consulting her, she’d just like to say that she’s very very happy at Heehaws and thank you to all the wonderful people who love and support us!

She really is an Angel and she’s all mine!