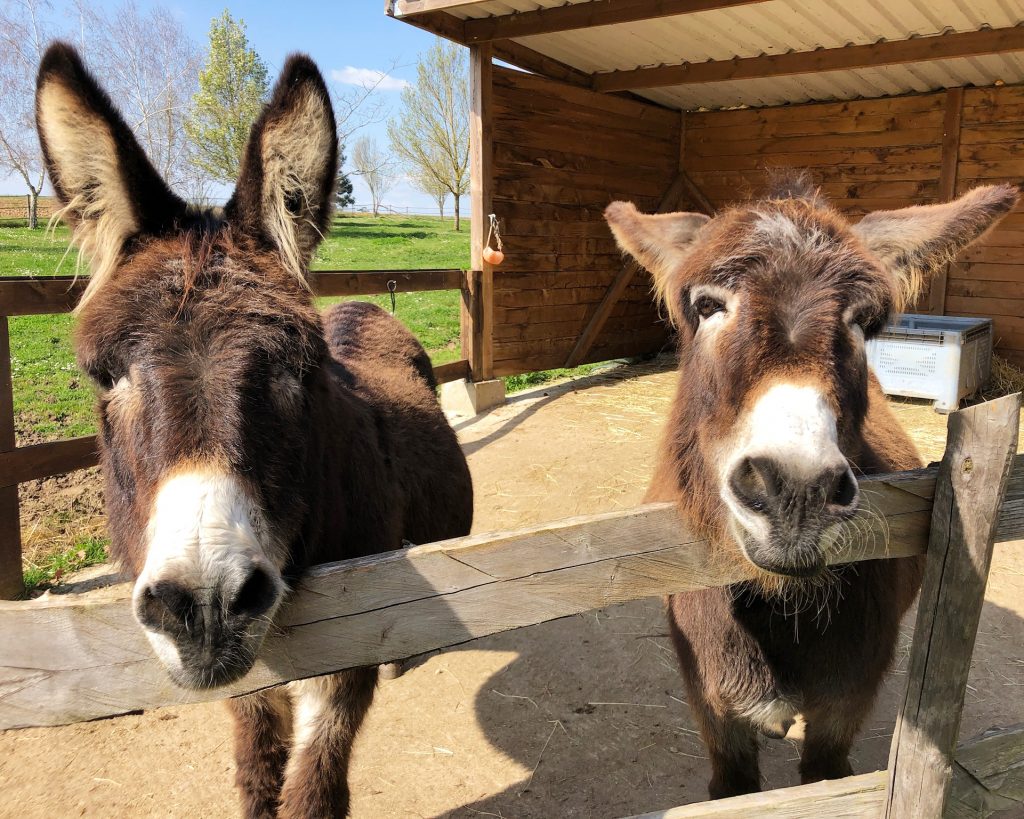 May I introduce you to Dudley and Dolly, a father and daughter duo aged 30 and 10 years old.

In 2016 there was a post on Facebook about these two who were desperately seeking a new home, once owned and very much loved and cared for, their elderly owner had developed dementia and, as a result, had forgotten about feeding them or having their hooves trimmed and they were suffering the consequences.

A home had been found for them but it fell through so they were kindly taken into a temporary foster home until something permanent could be found. Once I saw the photos and read their story I had to help and so they arrived here, their home for life, in November 2016. While they were in foster it was arranged that they would have their hooves trimmed as they were badly overgrown but Dudley was not going to let anyone near his feet, no way! As he also needed to be castrated the problem was solved by doing it while he was under sedation but we knew it was something that would need to be worked on.

Within six weeks of arriving here the lovely Gareth had gained his trust and was able to give him his pedicure with no issues. Both Dudley and Dolly gained the weight they needed to and have become affectionate, sweet natured donkeys. Dolly especially loves to pose for photos and flutter her beautiful eyes, ever hopeful for a ginger biscuit.

If you would like to sponsor Dudley or Dolly, or even both of them, they have promised to send you lots of big slobbery kisses!