Belle and Merlin... and Gandalf! 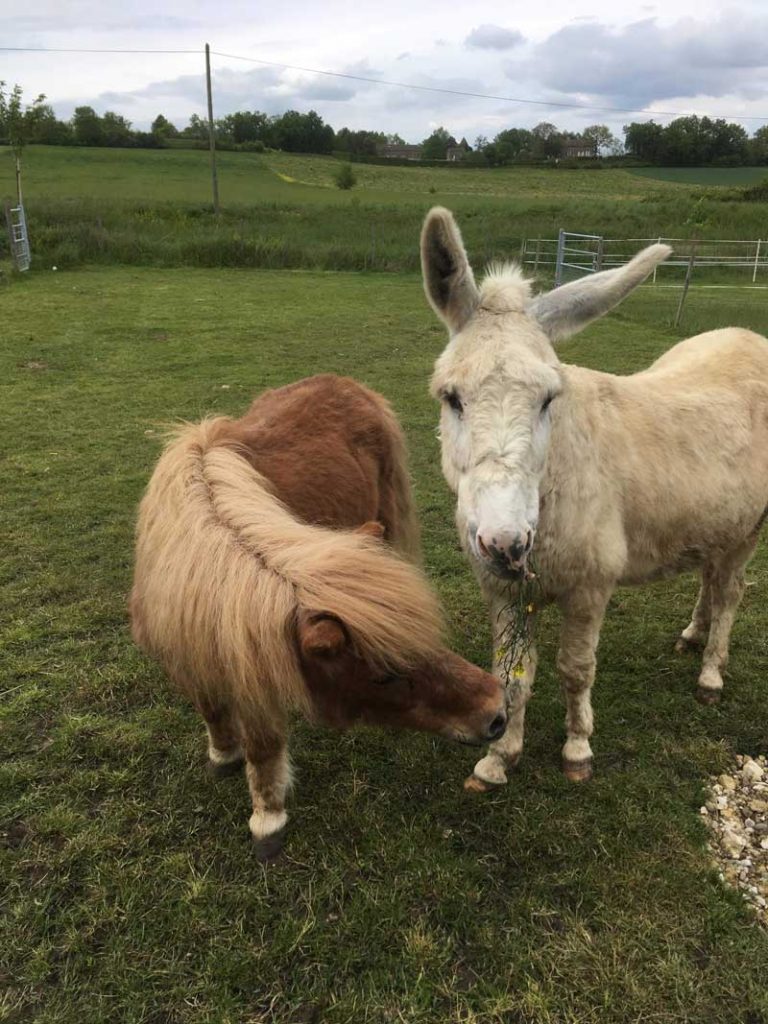 UPDATE: Sadly Merlin, passed away in 2019, his obesity and neglect had taken its toll and he lost his battle for life. Belle also passed away in September this year. The grand old lady that she was, lost weight and condition despite every effort to give her the best feed. We can only thank Judith and Rod for adopting them and for doing their very best for them. This just leaves cheeky Gandalf the goat who lives with his friend Gary. This was HeeHaws first adoption so we are going to leave the full story here.

HeeHaws has had its first successful adoption.

We are very proud of what we have achieved, want to share the story with you and show you what we can achieve with hard work and a lot of help and love.

A little while ago we were approached and asked if we would be able to rescue two lovely animals in need of a new home.
So, let us introduce you to Belle, a Shetland pony, and Merlin, a donkey. Belle and Merlin are devoted companions and needed to be re-homed. Separating these beautiful friends was not an option: it was important that they remain together. .